RBFF is online this year. We’ve partnered with the Eventive platform to safely and securely process payments and stream content to you.

If you have questions about the platform, their help section is a great place to start.

Before you make any purchases, you can make sure your device will stream content using the Eventive Device Compatibility page.

When you are ready to purchase a pass, the Eventive platform will guide you through the process of creating an account, making a purchase(s), and saving a page with your information. You can even purchase passes for others!

There are three types of Festival Passes this year, all available on the RBFF Eventive page. 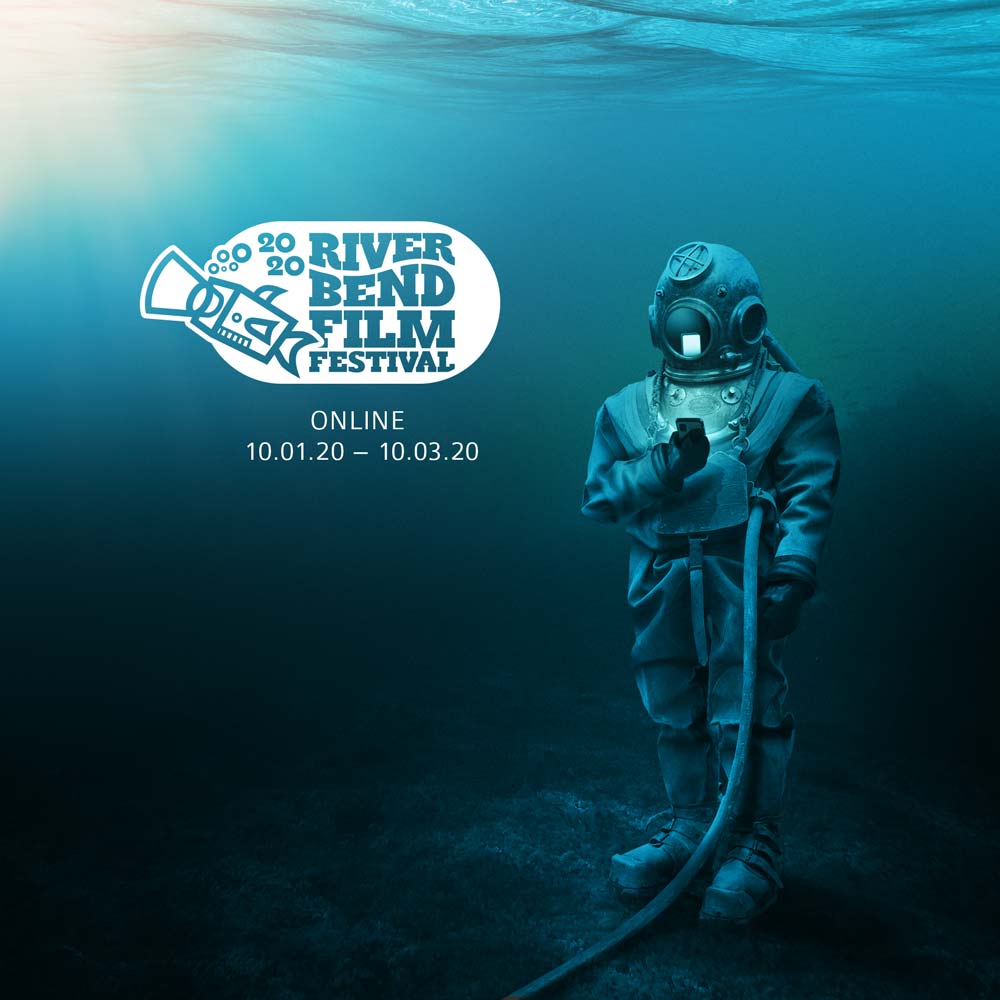 When Does it Start?

Content will be available for streaming as listed on the Festival Schedule.

If you experience trouble with streaming, the Eventive help page is the best place to start.

Note that if you are on a VPN (Virtual Private Network) Eventive’s content protection protocol does not allow VPN access.

If you are not logged in, you’ll see the word “login” at the upper right of the window. Click “login” and enter the desired account credentials.

You may also login directly from the order pop-up if you click “unlock movie” while logged out.

If all you see in the player window is a black screen, click or tap on the window to activate the player controls.

If you are unable to view Festival content on your device please let us know and we will issue a full refund. Note that you have 7 days after streaming is available to enjoy the content.

The Device Compatibility page will help you determine if streaming will work on your device before you make any purchases.

Fill out my online form.

RBFF is online this year. We've partnered with the Eventive platform to safely and securely process payments and stream content to you.

If you have questions about the platform, their help section is a great place to start.

The Festival Schedule is on our homepage. You can purchase passes to individual blocks or a Festival pass to gain access to all the 2020 content.

Go to the Festival Schedule

About the River Bend Film Festival

For the first seven years, the festival was located on the campus of Indiana University-South Bend and was originally named the IU-South Bend Independent Video & Filmmakers Festival. For its first year, the festival was a one-day event but grew into two days in the second year.

The festival accepts all genres: narrative, documentary, experimental, music video, animation, student, features, and shorts. River Bend makes it a priority to highlight the work of local and regional filmmakers, and many of the films come from across the country and around the world.

Thanks to these folks for their hard work putting this festival together! 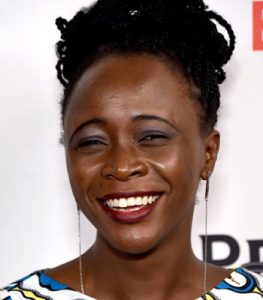 Leila Djansi
A BAFTA/LA Award winning writer, director, and producer, Leila Djansi began her filmmaking career in Ghana at the age of 19 with the Ghana Film Company. She subsequently moved to the United states to study film at the Savannah College of Art and Design on an Artistic Honors Scholarship.

Her 2009 directorial debut I Sing of a Well netted an unprecedented 11 nominations at the African Academy Awards, winning the special Jury Award for Overall Best Film. She followed up with the Black Reel Awards nominated Ties That Bind, starring Kimberly Elise (Confirmation, John Q) in 2012.

Her film, Like Cotton Twines, explores issues of modern day slavery and won the best narrative feature at the 2016 Savannah film festival, winning the same category at the River Bend Film Festival in 2017. Her other credits include Where Children Play with Grammy Winner Macy Gray, the UNiFEM advocacy film Sinking Sands and the LA Film Festival Best Episodic Television Show 40 and Single for AMC's Urban Movie Channel.

Leila Djansi has been recognized by various international organizations for continuously using her art to bring light to women’s issues, and she has consistently made movies for women and about women, whiles employing diversity behind and in front of the camera. 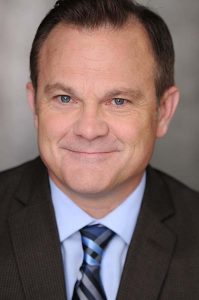 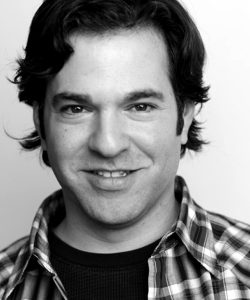 Stephen’s first produced feature film, The Grudge, was produced by legendary director Sam Raimi. With a budget under $10M, it grossed nearly $200 million worldwide in its theatrical release. It remains one of the most financially successful horror films of all time.

Four of his films – The Grudge 1 & 2, The Possession, and Texas Chainsaw 3D – placed #1 at the U.S. box office, and two others (Red, starring Brian Cox, and High School, with Adrien Brody and Michael Chiklis) premiered at the prestigious Sundance Film Festival. Beyond the Reach, a thriller he developed and produced with Michael Douglas, premiered at the 2014 Toronto Film Festival.

His directorial debut, Unfriended: Dark Web, was produced by horror maven Jason Blum (Get Out, The Purge, Insidious, Split, Paranormal Activity), premiered at the 2018 SXSW Film Festival. It became a New York Times' Critic's Pick and was a selection in the New York Times’ “standout films” list, lauded as "an exhilarating take on one of the most intriguing and terrifying aspects of our current culture", and was included on many "Best Of" horror lists for the year.

He is currently developing a horror comedy for Will Ferrell, a true-story thriller for Ben Stiller, and a branching narrative feature for Netflix. 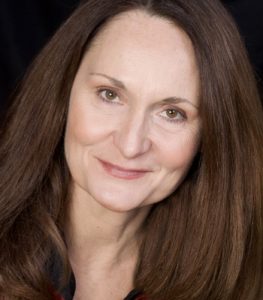 Beth Grant
Raised in the South, Beth Grant moved frequently as a child and enjoys claiming several towns and cities in Alabama, Georgia, and North Carolina as home. She was a Page in the North Carolina Senate, attended the North Carolina Governor's School for Gifted and Talented students, and received a governor's appointment at the age of nineteen.

Grant was president of the East Carolina University College Democrats for two years, receiving the Outstanding College Democrat Award from then Senator Edmund Muskie. She is a graduate of ECU with a BFA in Acting and Directing.

One of Hollywood's most recognizable faces, she has starred in over seventy feature films including this year's Best Picture Academy Award nominated Little Miss Sunshine (2006). She delighted in creating the character you love to hate, Pageant Official Jenkins, making Grant the happy recipient of the Screen Actors Guild Award for Best Ensemble Cast In A Feature Film.

Grant has appeared in over thirty plays from Los Angeles to New York including two productions at The Ahmanson, William Inge's Picnic (with Jennifer Jason Leigh), and Tennessee Williams' Summer and Smoke (with Christopher Reeve) under the direction of Circle Rep's Marshall W. Mason. She has created roles in the world premieres of Holy Ghosts by Romulus Linney, On A Southern Journey by Maya Angelou, The Day Emily Married by Horton Foote, Sordid Lives, and The Trials and Tribulations of a Trailer Trash Housewife by Del Shores.

Grant is a recipient of The Los Angeles Drama Critics Award and The L.A. Stage Alliance Award and The Backstage West Garlan Award for Best Actress in a Leading Role for Del Shores' The Trials and Tribulations of a Trailer Trash Housewife.

She has guest-starred in hundreds of hit television series such as Friends (1994), The X-Files (1993), Angel (1999) and CSI: Crime Scene Investigation (2000). Grant starred in Tony Hillerman's A Thief of Time (2004), produced by Robert Redford (PBS), The Image (1990) with Albert Finney (HBO), Switched at Birth (1991), and Fall from Grace (1990) (NBC). Grant has produced documentaries, comedy reviews, and television; she has run a theatre company, raised money for schools and was a celebrity coordinator for Jimmy Carter's first presidential campaign. But what she really loves to do is act. Grant is a student of Milton Katselas at The Beverly Hills Playhouse. She is married to actor Michael Chieffo, they have one child, Mary Chieffo.