Cost
There is no fee for guests
Special thanks to RBFF sponsors, Tim and Meg Shelly.

GOSHEN, IND. –– Members of the deaf and hard-of-hearing community and school educators are warmly invited to the Goshen Theater with for a special presentation with Oscar® award-winning actress and director, Rachel Shenton and Chris Overton.

Rachel and Chris will share their back-story, filmmaking experience, and advocacy work for the DHH community. They will also answer questions in a Q&A session.

Please note: The film will not be screened at this event. The film will screen on opening night of the festival, Thursday, May 3, at 7 p.m. 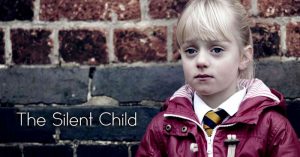 The Silent Child will screen at the River Bend Film Festival ( riverbendfilmfest.com ) on opening night of the festival, Thursday, May 3, at 7 p.m. Tickets for this Thursday night film block are $12.

ABOUT THE SILENT CHILD

In their Oscar®-winning short film, The Silent Child, a deaf 4-year-old girl named Libby lives in a world of silence until a caring social worker teaches her to use sign language to communicate.

The short film premiered at Rhode Island International Film Festival and won the Grand Jury Prize for Live Action Short film, qualifying the film for Oscar® consideration. The film went on to win the Oscar® in the Live Action Short Film category at the 90th Academy Awards® on March 4, 2018.

The Silent Child will screen at the River Bend Film Festival ( riverbendfilmfest.com ) on the opening night of the festival, Thursday, May 3, at 7 p.m. Tickets for this Thursday night film block are $12.

Born in Stoke-On-Trent, England, Rachel Shenton is an Academy Award®-winning writer and actress. The Silent Child is Rachel’s screenplay debut. Shenton’s passion to tell this story urged her to put pen to paper.

At 12 years old, Rachel’s father lost his hearing suddenly and lived the last two years of his life profoundly deaf. This tragic incident inspired Rachel to learn sign language and her passion for change in the Deaf community grew. As a keen advocate for Deaf awareness, between acting roles Rachel campaigns for equal opportunities for Deaf and hard of hearing people. She believes passionately the silent disability goes unnoticed by many and misunderstood by many more.

As a proud ambassador of the National Deaf Children’s Society and local charity DeafLinks, she’s been raising awareness for well over a decade. For this project, Shenton combined two things very close to her heart: performing and deafness. Thus, The Silent Child short film was born.

Born in Staffordshire, England, Chris Overton is an Academy Award®-winning director. He began his career as an actor and worked on various television and film projects with directors including Joel Schumacher (Phantom of the Opera), and was part of the main cast of BAFTA Award-winning film, Pride, directed by Matthew Warchus.

At the age of 20, Chris founded the UK’s leading production company in its field, Slick Films. The company has been producing a wide range of work including showreels, music videos, pilots, short films and documentaries ever since. Chris’s directorial debut was The Silent Child.

Based in downtown Goshen, Indiana, the RBFF believes in the power of storytelling through independent films to inspire, entertain, challenge assumptions, build empathy, and lead to positive social change.

RBFF has introduced the community to more than a thousand independent films and hundreds of filmmakers since its founding in 2002. Each year, the event gains notoriety attracting more industry guests and fans alike. In 2017, the event was named one of the 100 top-rated film festivals in the country by FilmFreeway.

The festival celebrates the art of film through screenings, workshops, industry guests, and special events. The fest brings together filmmakers and audiences to learn more about the process of filmmaking, to network, and to expose audiences to work they would not otherwise get to see. The festival accepts all genres: narrative, documentary, experimental, music video, animation, student, features and shorts. While most of the films come from across the country and around the world, the festival always highlights the work of local and regional filmmakers.