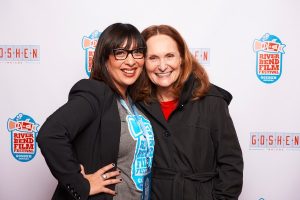 GOSHEN, IND. ––  River Bend Film Festival, a three-day celebration of independent filmmaking every spring in Goshen, Ind., will begin accepting film submissions on July 1, 2017, with an Early Bird Deadline on August 31, 2017. The next festival is scheduled for Thursday, May 3, 2018 to Saturday, May 5, 2018.

Over its 17 year history, River Bend Film Festival has screened thousands of student, regional, and international films, averaging 50 to 75 per year and growing. In addition to showcasing dozens of independent films throughout the weekend, the 2018 festival will also offer workshops, VIP parties, talkbacks, coffee talks, and red carpet events. 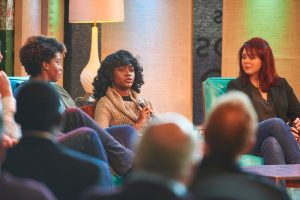 Although festival directors make it a priority to highlight the work of local and regional filmmakers, many films come from filmmakers across the country and around the world. 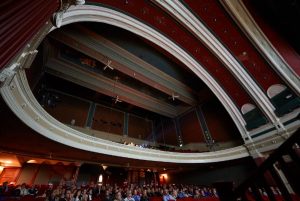 Filmmakers can enter films at a discounted rate if they submit before the Early Bird Deadline on August 31, 2017. However, films can be submitted until the end of the year with additional fees. The Regular Deadline is on October 30, 2017, Late Deadline on November 30, 2017, and Extended Deadline on December 31, 2017. Filmmakers will be notified about acceptance no later than March 30, 2018. 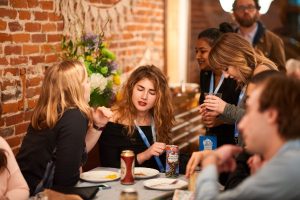 Entries can be submitted via FilmFreeway.com. HD submissions are preferred. Festival directors prefer films with a unique voice and strong story line.

“Tell a good story –– both in narrative and technical aspects,” said River Bend Film Festival Programming Director, Jordon Hodges. “If it’s honest and unique, we’re taking a look at it.”

Downtown Goshen, Inc. exists to support the growth and vibrancy of Goshen’s commercial core. Downtown Goshen is the proud host of the River Bend Film Festival, founded in 2002 by a group of avid film-lovers and filmmakers. Each year, River Bend Film Festival brings filmmakers, musicians, performers and fans together to celebrate the art of film. The eclectic and creative city of Goshen (home of renowned director, Howard Hawks) proudly supports filmmaking and has been the film site for several feature length films in recent years.