Workshop • Make Up for Film

Make Up for Film Workshop with Sarah Elizabeth.

This workshop will be led by professional film and television makeup artist, Sarah Elizabeth. She will lead the audience in an “Aging and Rejuvenation Makeup Demo.”

In this 90-minute workshop, Sarah will ask for audience input that will guide a process of aging and beautifying a character right before your eyes. Using film and television makeup techniques while creating a hypothetical story about the character, Sarah will begin by transforming half of the model’s face from their current age to around 20 years older. Then, she will remove the aging makeup from the model and rejuvenate her with beautifying makeup tricks. Sarah will also discuss aspects of the makeup application process of design in television and film.

Sarah Elizabeth, a Goshen native and Goshen College graduate, is an award-winning makeup artist for television, theatre, and film. In 2012, Sarah was a contestant on Season 3 of SyFy Channel’s reality television series Face Off, appearing 9 of the 11 episodes and assisting on the winning team. 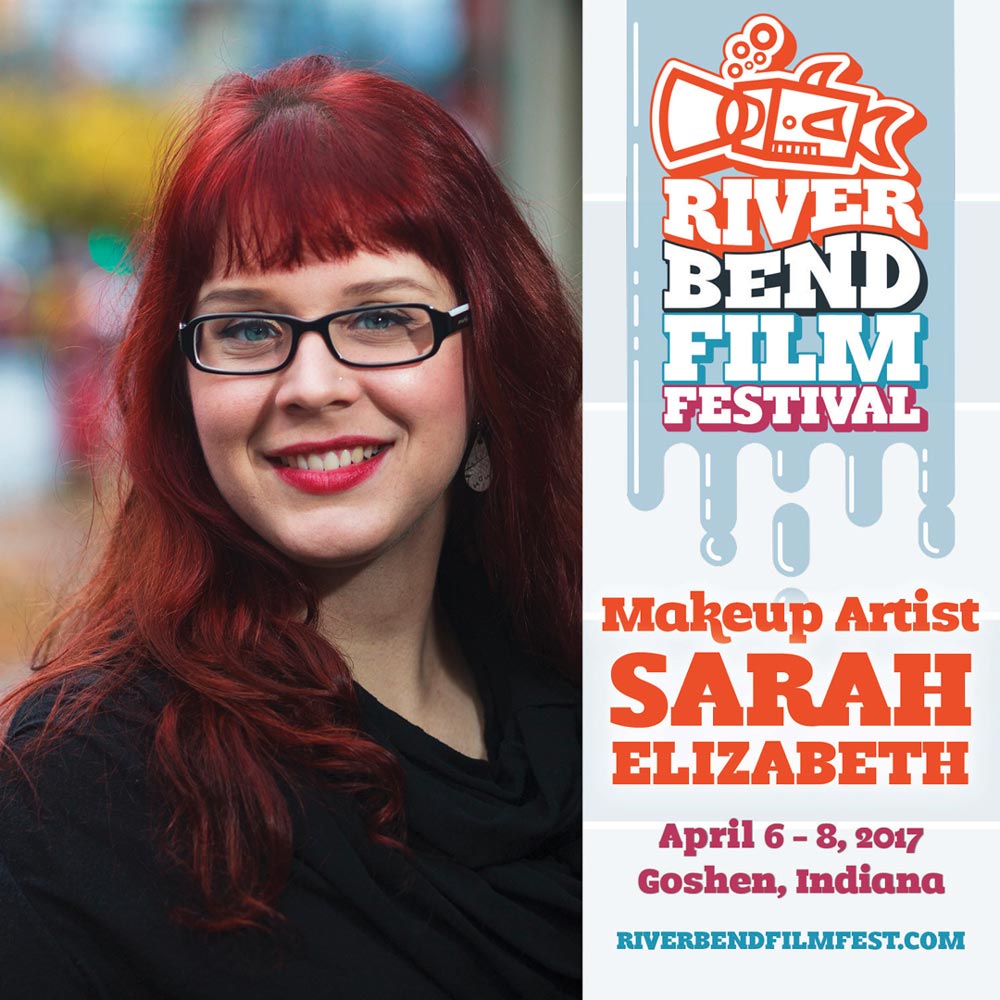