Screening followed by a Q&A with Producer Shawn Rhodes and Musicians Rudy Love & Bob Love.
Prior to the feature film screening, festival directors will be presenting John Hancock with this year’s RBFF Outstanding Achievement in Film and Friend of the Fest Award.

Rudy Love can’t help but make music, even though it’s all been taken away. From his first contract fraudulently signed when he was 17, Love has been losing his music to the business ever since. His voice has been woven into hits from every decade since the sixties, yet he lives unknown in Wichita, Kansas. But that doesn’t concern him: all Rudy Love wants to do is sing.

His name circles among musicians like a ghost, an unseen guru who’s been influencing listeners whether they know it or not. People like Jay Z, Sly Stone, and George Clinton herald him as an unsung hero of . Why haven’t you heard of him? Because the music business is vicious, and Rudy only cares about Love.

The film is followed by a Q&A session with Producer Shawn Rhodes, Rudy Love, and Bob Love, moderated by David Kendall on the theater stage. 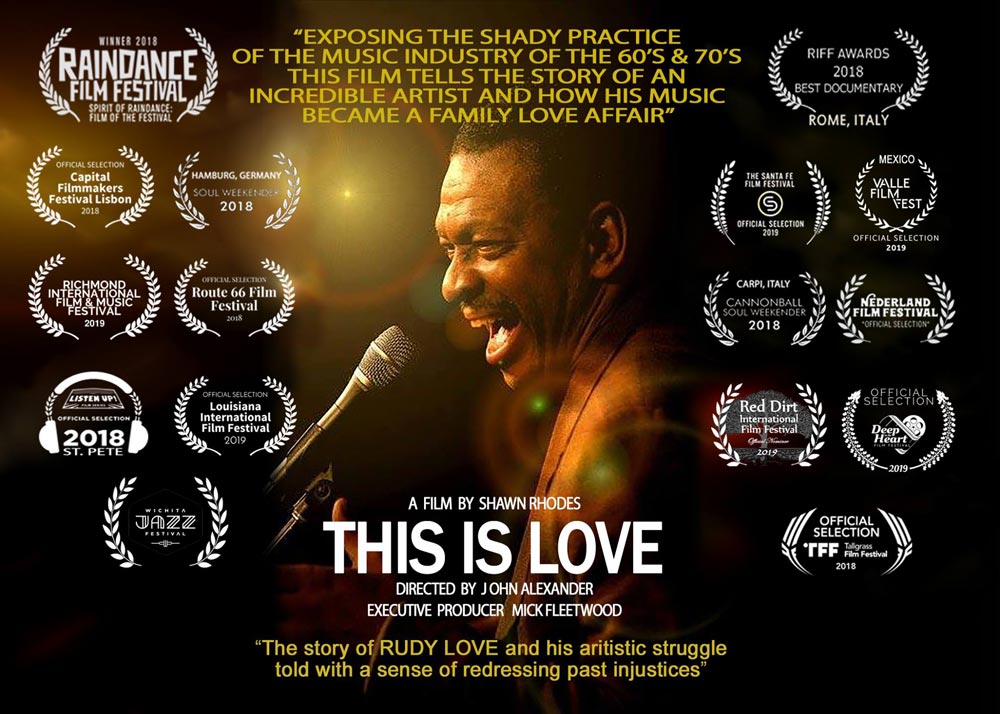 This is Love subject Rudy Love is a guest of the 2019 festival. After the screening on Friday, don’t miss Rudy Love’s Saturday events!
