The upstart Bowery Slam Poetry made up of five African-American, Afro-Hispanic and queer poets in their 20s, prepares for the national championships. Mentored by a demanding coach who encourages them to push past their personal boundaries and write from a place of vulnerability, pain honesty, the poets break down, break through and compose their best work ever. Timely and difficult, their spoken word slays—but will these soul-searching pieces about police violence and the whitewashing of Black culture be able to compete against choreographed crowd-pleasers for the title? Will opting to make a statement instead of a show spell their defeat?

An emotional and inspiring film that gives insightful commentary on race, gender, identity and sexual politics in America today, Don’t Be Nice is both an absorbing competition doc and a vital writer’s workshop that proves once and for all that winning hearts and minds is the ultimate prize. 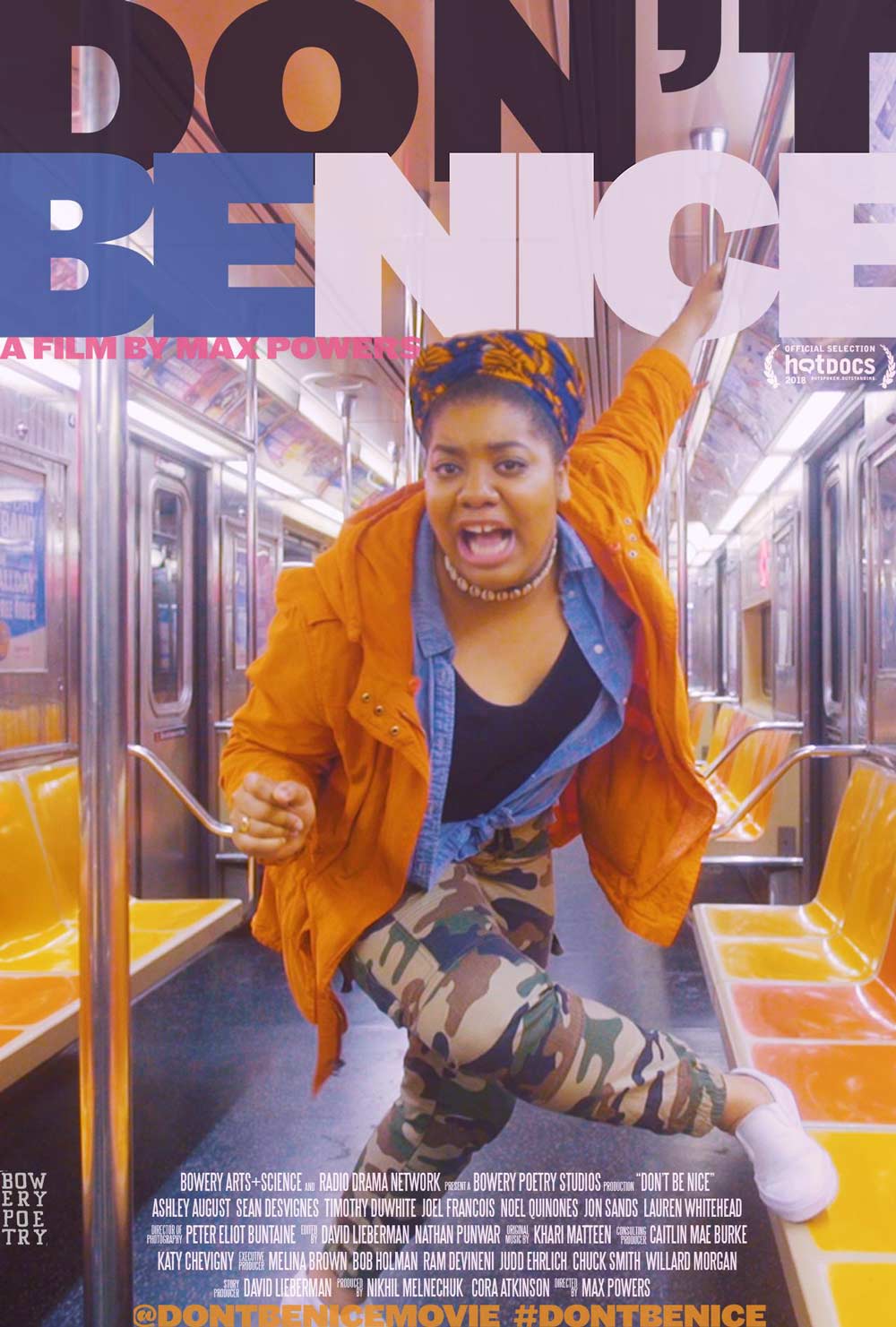