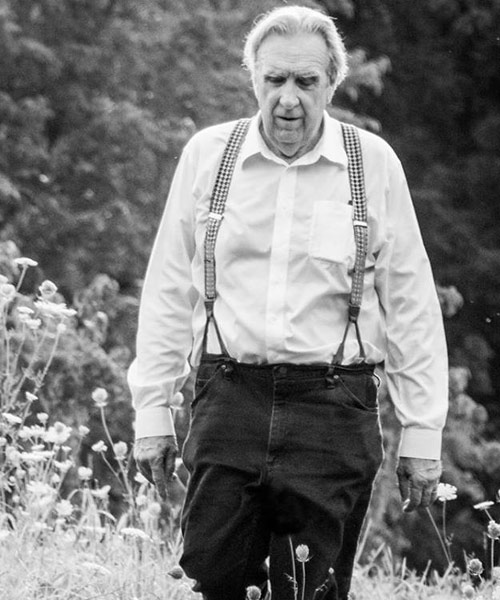 Director, The Girls of Summer, Let’s Scare Jessica to Death

John Hancock’s success on the New York stage led to his being appointed artistic director of the San Francisco Actors Workshop. Hancock later directed at the Pittsburgh Playhouse and the New Repertory Theatre Company in New York. He worked closely on several occasions with Tennessee Williams, who says in his autobiography that of all the directors he ever worked with, Hancock was “the most gifted for cuts and transpositions.”

Hancock’s feature film credits include Bang The Drum Slowly (Paramount), California Dreaming (AIP), Let’s Scare Jessica to Death (Paramount), and the Christmas classic Prancer (Orion), starring Sam Elliott, Cloris Leachman, Abe Vigoda, and Rebecca Harrell, which he shot on his family’s fruit farm in LaPorte County, Indiana. In the summer of 2018, he was back on set filming his latest feature, The Girls of Summer, which is in post-production and slated to be complete this summer. 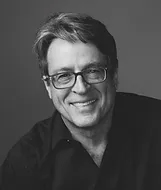 Angelo Pizzo is the award-winning screenwriter and producer of the beloved and inspirational sports movies Hoosiers and Rudy.

Hoosiers was named best sports movie of all time by both ESPN and USA Today and is part of the Library of Congress National Film Register. In 2018, Rudy was named by USA Today as the best football film of all time.

In 2015, Angelo made his debut as a director on My All American, from a script he wrote. The emotional drama is centered on an inspirational leader, Freddie Steinmark, of the 1969 Texas Longhorns.

Born in Chicago, Angelo’s family moved to Bloomington when he was just a toddler. After attending Bloomington’s University High School, Angelo earned a degree in political science from Indiana University. He moved to the west coast to attend film school at the University of Southern California. He began his career in the story department at Warner Brothers Television. He went on to work in various executive and development jobs for Paramount, 20th Century Fox and Time Life Films, where he became Vice President of Feature Film production, before striking out as an independent writer and producer.

In addition to his feature film work, Angelo served as a producer on movies for television’s Father Figure, Amber Waves and Blinded by the Light.

In addition to his film honors, Angelo has received numerous awards that include an honorary doctorate from Franklin College, the Thomas Hart Benton Award from IU, the Governor’s Arts Award, and the Indiana Living Legends Award. 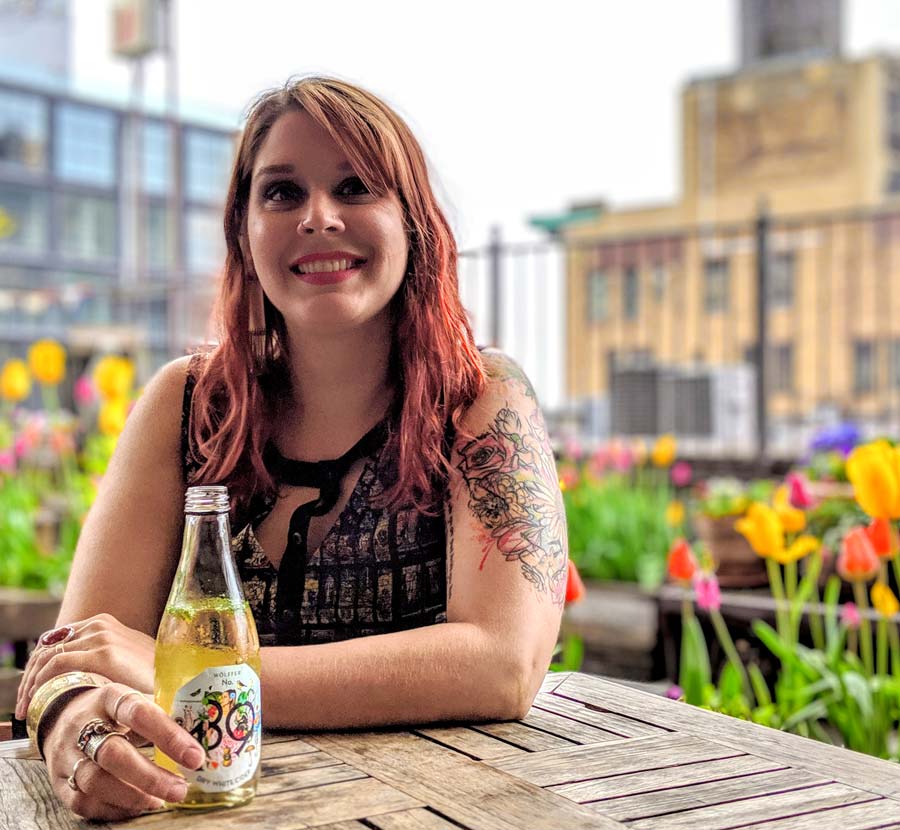 Sarah Elizabeth, a Goshen, IN native and past Chicago resident, is an award-winning makeup artist for television, theatre, and film.

In 2012, Sarah was a contestant on Season 3 of SyFy Channel’s reality television series Face Off, appearing 9 of the 11 episodes and assisting on the winning team.

She has worked on iZombie, Travelers, Van Helsing, Wu Assassins and currently works with A Filthy Lot – a digital content company on YouTube – as their HOD for Makeup, FX, and Hair where they do all in house builds for everything from small one-off sketches to multi-year episodic shows. 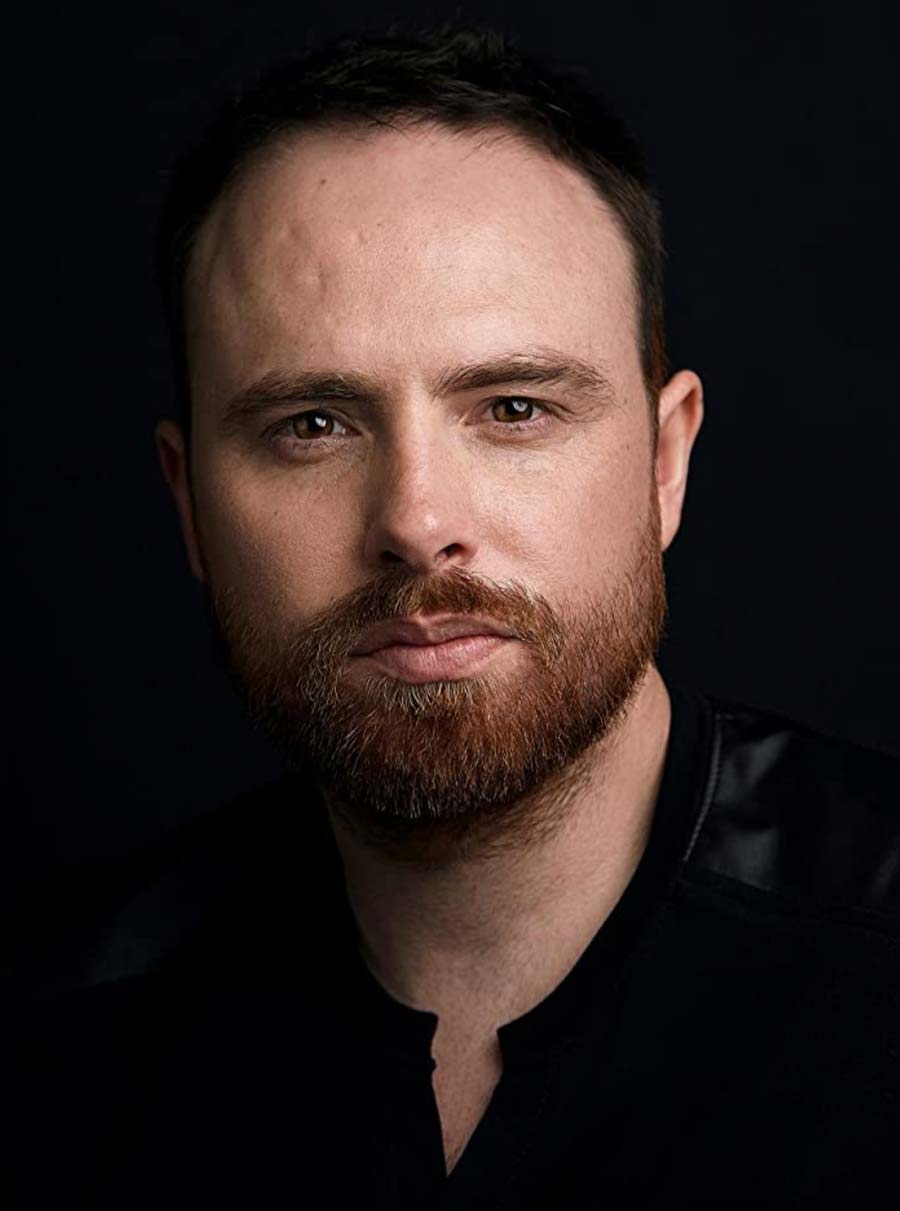 Writer and Actor, The Shade Shepherd

Originally from small-town Indiana, actor Jordon Hodges gained notability when he stepped into the leading role of 2014’s Sand Castles starring alongside Clint Howard, Anne Winters & Randy Spence. The film garnered over 20 awards and nominations, including Best Actor and Best Picture wins for Hodges. He also wrote and produced the film.

Soon after, he was cast in a role on TNT’s Claws and helped pen the script for Fishbowl California starring Katrina Bowden, Kate Flannery, Richard Riehle, and Quinton Aaron directed by Michael A. MacRae.

Hodges stars in the lead role as Jack Ables in the upcoming 80s adventure The Shade Shepherd, a script he penned alongside director Chris Faulisi and produced with veteran actor Brett Baker under the B2 Entertainment banner.

Jordon also serves as Director of Programming at the River Bend Film Festival. 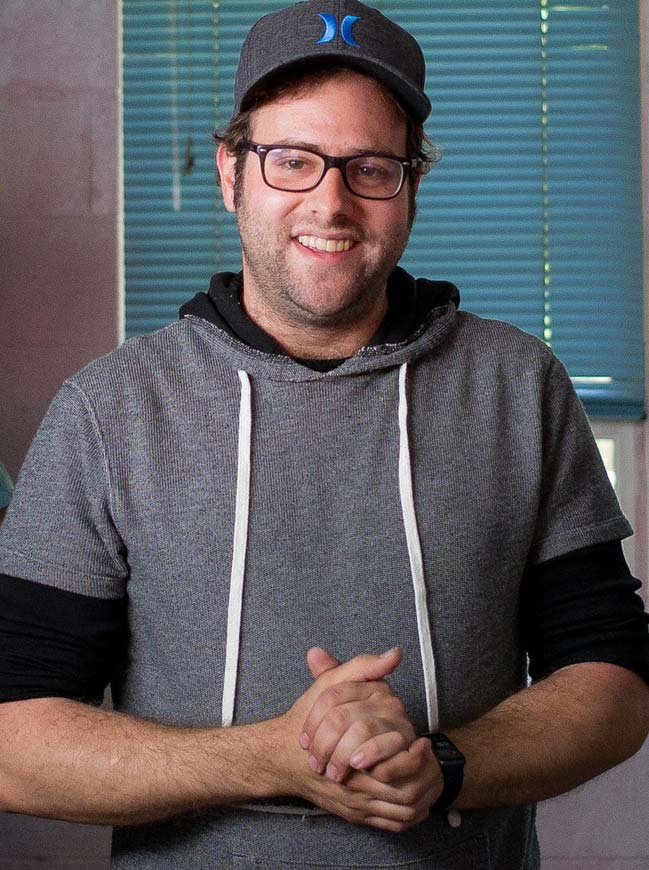 Director and Writer, The Shade Shepherd

Chris Faulisi grew up in Upstate NY and received a film degree from Emerson College. Chris began work in the industry at an early age, working professionally in music videos while in high school and working extensively as a director of photography while completing courses at Emerson.

At Emerson, Chris was chosen as one of the top ten student filmmakers in the country by MTV. During his college years, Chris produced, shot, and directed 3 feature-length projects, the last of which, A Proper Violence, he released as his directorial debut. Made with a budget of $3000 dollars, A Proper Violence went on to find a distribution deal that included a 2-city theatrical release as well as nationwide DVD and VOD.

As a director of photography, Chris has had the opportunity to work on projects with a great range of budgets and aesthetic styles. In 2014 Chris lensed Sand Castles, an acclaimed indie drama that had 24 wins or nominations on the festival circuit. Chris’s work on Sand Castles won him The Abe Schrager Award for Cinematography at Visionfest 2014 and marked his first major collaboration with his The Shade Shepherd co-writer Jordon Hodges.

After an almost 10 year break from directing Hodges convinced Faulisi to come out of ‘retirement’ for ‘one last microbudget job,’ and thus The Shade Shepherd was born. 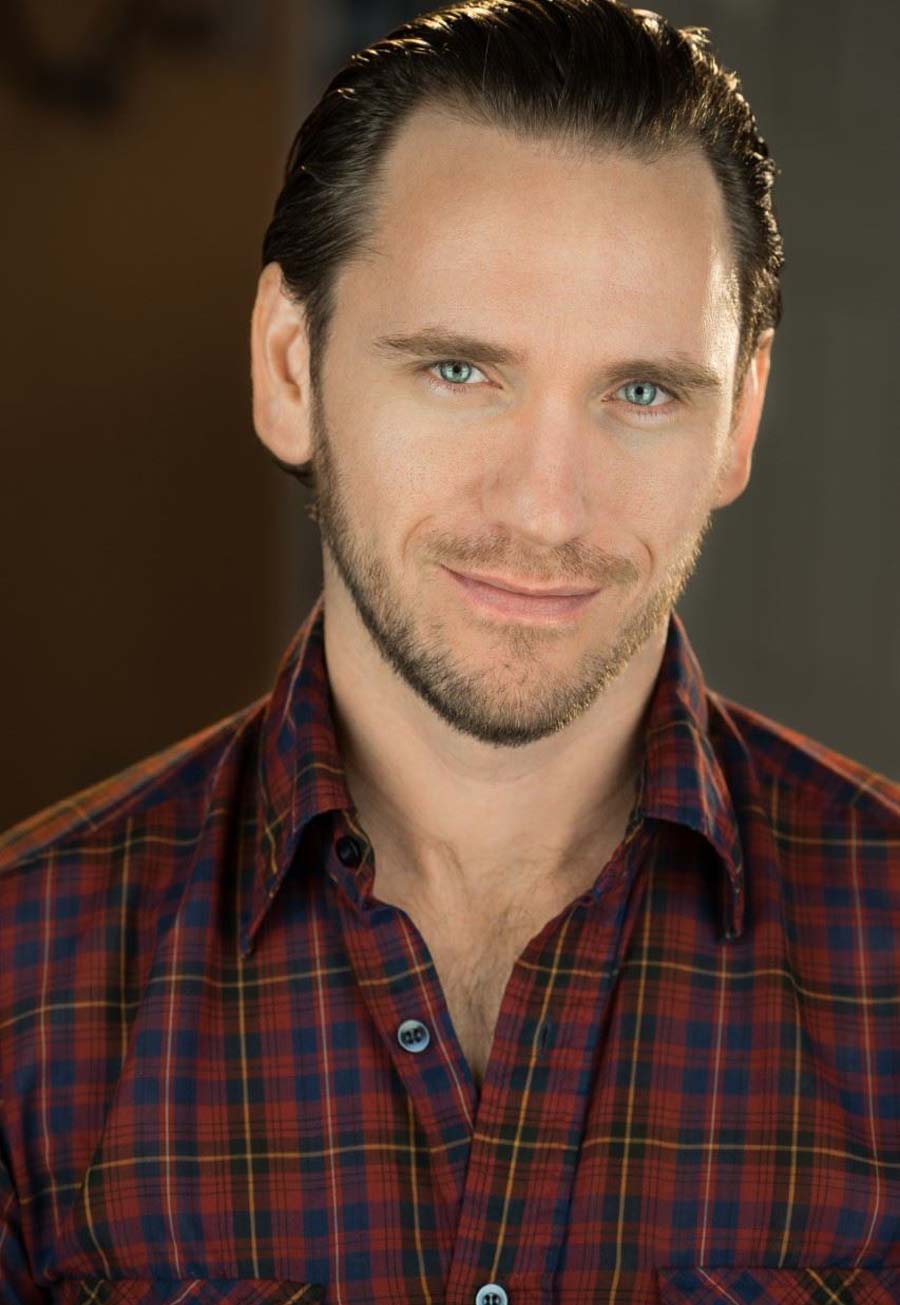 Randy a native North Carolinian, the son of Roscoe, a drag racer, and master mechanic, and Carolyn, an accountant, got his first taste of the stage at the young age of 8.

Immediately after graduating with honors from UNCG’s Film & Television Program, he carried his passions to NYC, where he spent many years performing on stage and screen. He broke into the industry with the critically acclaimed Off-Broadway theatre company The Drama Dept.

He has trained with renowned acting coaches Elizabeth Kemp (Actor’s Studio), Seth Barrish & Lee Brock (The Barrow Group), Shelia Gray, Austin Pendleton, and the Upright Citizens Brigade. His portrayal of Tommy Daly in Sand Castles created a buzz on the film festival circuit winning Best Feature at 7 festivals while racking up awards and nominations for Best Actor for his performance.

Additional feature credits include Mercy of the Sea, Nightclub Secrets, Baptized by Desire, Chasing the Star, and A Proper Violence.

Shift, which he also co-wrote, is currently in pre-production.

Spence’s television credits include co-starring in the television series Halt & Catch Fire, Turn: Washington’s Spies both for AMC, and House of Cards for Netflix. 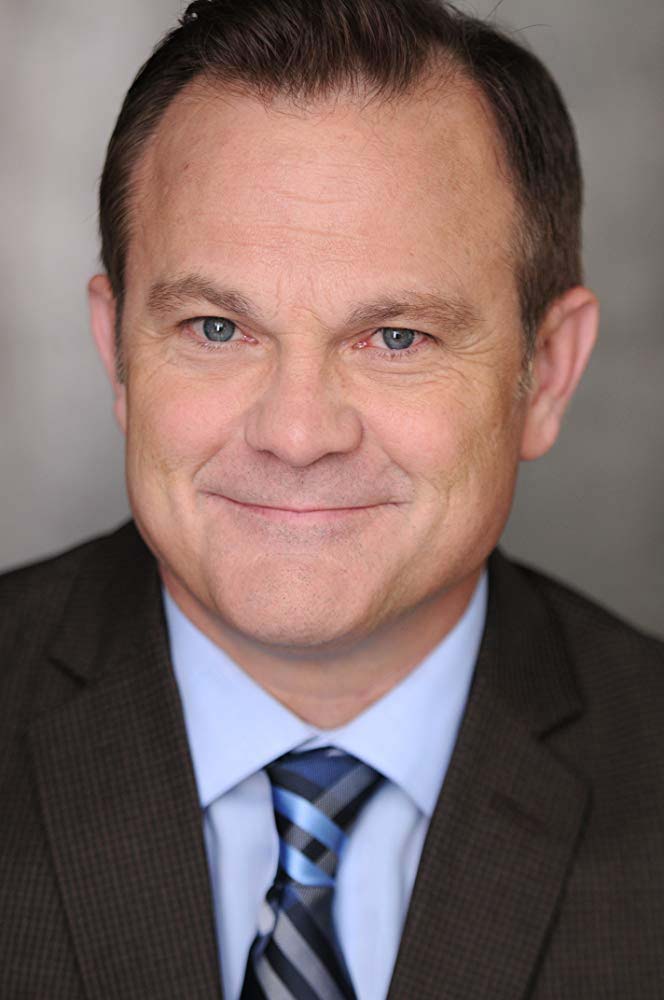 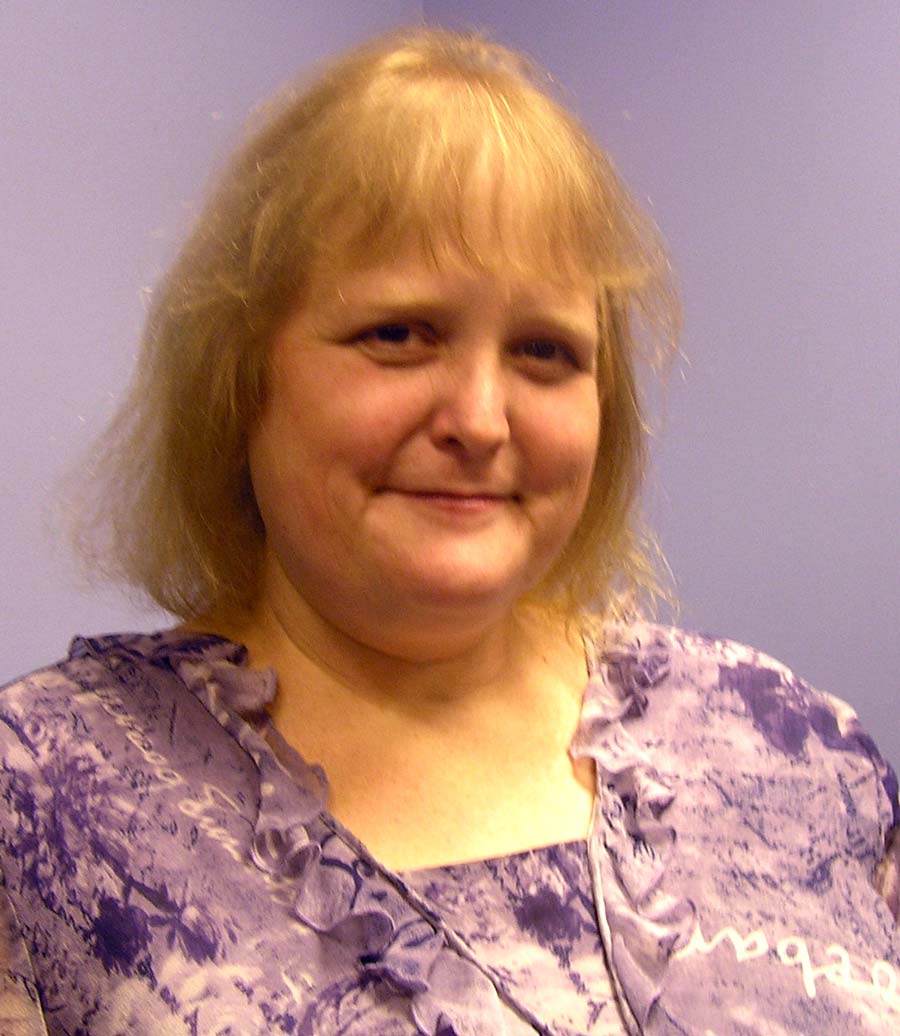 Kathy Byrne has been the Director of TV/Theatrical for SAG-AFTRA Chicago since May 2010.

In addition to running the TV/Theatrical Department, she also is the head of Agency Relations for the Chicago local. This entails working with Franchised Agents in the Chicago market.

Kathy is a firm believer in outreach to both actors and filmmakers who are beginning their careers, or who have worked on several film projects without realizing how easy it is to work with SAG-AFTRA actors and contracts. Kathy covers 11 states in the Midwest and travels to those locations with the same message.

Prior to her position at SAG-AFTRA, Kathy was the Project Coordinator for Film and Television for the Chicago Film Office for nearly 20 years.

She also was the Program Coordinator for the Chicago Outdoor Film Festival for 3 years. Kathy is a proud graduate of Illinois State University.