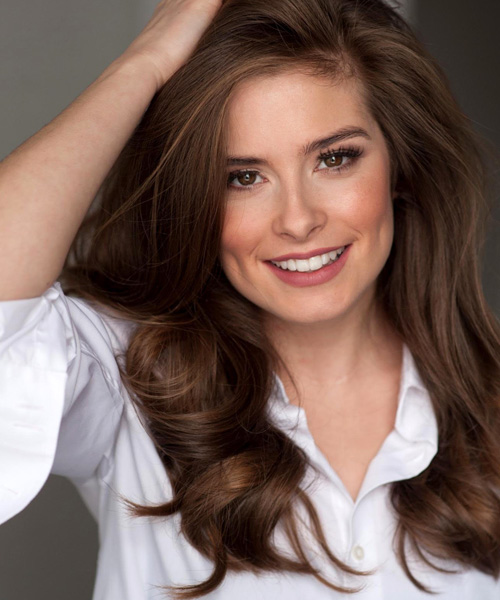 Born in Stoke-On-Trent, England, Rachel Shenton is an Academy Award®-winning writer and actress. Usually keeping her writing to the confines of her Huffington Post blog, The Silent Child is Rachel’s screenplay debut.

Shenton’s passion to tell this story urged her to put pen to paper. When Rachel was 12 years old, her father lost his hearing suddenly and lived the last two years of his life profoundly deaf. This tragic incident inspired Rachel to learn sign language and her passion for change in the Deaf community grew.

As a keen advocate for Deaf awareness, between acting roles Rachel campaigns for equal opportunities for Deaf and hard of hearing people. She believes passionately the silent disability goes unnoticed by many and misunderstood by many more. As a proud ambassador of the National Deaf Children’s Society and local charity DeafLinks, she’s been raising awareness for well over a decade.

For this project, Shenton combined two things very close to her heart: performing and deafness. Thus, The Silent Child short film was born. The Silent Child premiered at Rhode Island International Film Festival and won the Grand Jury Prize for Live Action Short film, qualifying the film for Oscar® consideration. The film went on to win the Oscar® in the Live Action Short Film category at the 90th Academy Awards® on March 4, 2018. 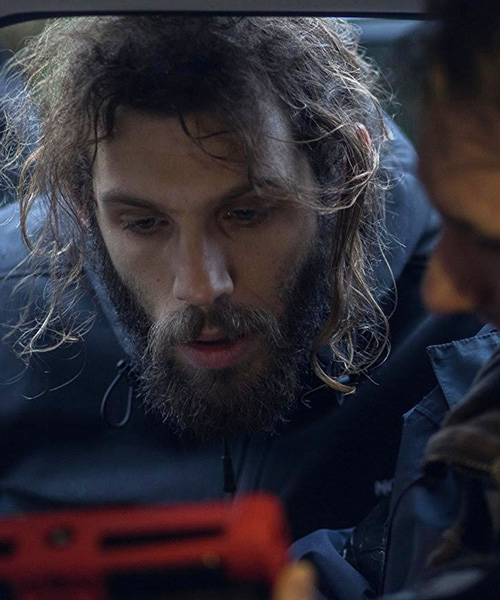 He began his career as an actor and worked on various television and film projects with directors including Joel Schumacher (Phantom of the Opera). He was part of the main cast of BAFTA Award-winning film, Pride, directed by Matthew Warchus.

At the age of 20, Chris founded the UK’s leading production company in its field, Slick Films. The company has been producing a wide range of work including showreels, music videos, pilots, short films and documentaries ever since.

Chris’s directorial debut, The Silent Child, premiered at Rhode Island International Film Festival and won the Grand Jury Prize for Live Action Short film, qualifying the film for Oscar® consideration. The film went on to win the Oscar® in the Live Action Short Film category at the 90th Academy Awards® on March 4, 2018. 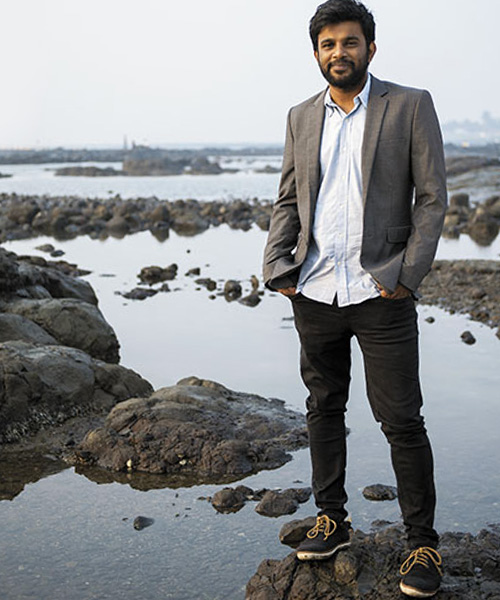 Shubhashish Bhutiani grew up in a small town in lndia and attended Woodstock School in the foothills of the Himalayas. After developing an interest in theater, Bhutiani went to study filmmaking at the School of Visual Arts in New York.

His first directorial feature film, Mukti Bhawan, or, Hotel Salvation, had its world premiere at the prestigious Venice International Film Festival in 2016. He was honored with the XXlIIrd Prix Enrico Fulchignoni Award and Unesco Gandhi Medal for the film. The film has traveled to numerous international festivals, winning prizes around the globe including two National Awards.

Bhutiani’s thesis film at School of Visual Arts, Kush, had its World Premiere at the Venice International Film Festival 2013, where it won the Orizzonti Award for Best Short Film. In 2014, Kush was also shortlisted by the Academy Awards in the category for Best Live Action Short. It also won over 25 International Awards including the National Award by the President of India in 2013. 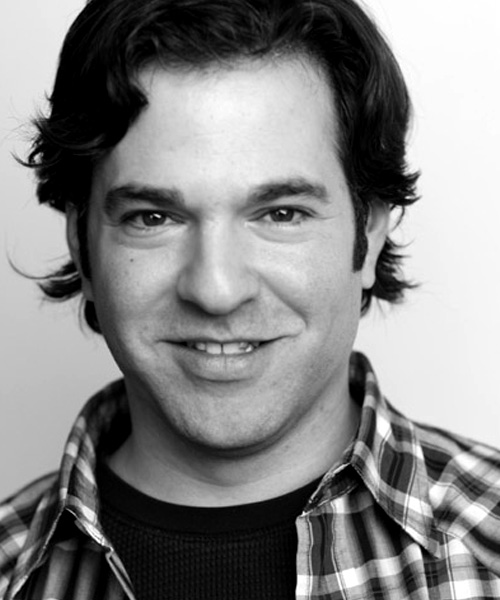 Stephen Susco’s career began in Indiana in 1993 when he wrote and directed a short film that became the regional winner of a College Television Award (“Student Emmy”). After graduating from the University of Notre Dame in 1995, and while a student of USC’s Graduate Film Production program, Stephen produced a short film that went on to win a Student Academy Award®. In the 25 years since, Stephen has written for a variety of acclaimed directors and producers including Mike Nichols (The Graduate), Quentin Tarantino (Pulp Fiction), Gore Verbinski (Pirates of The Caribbean), Chris Columbus (Harry Potter, The Goonies), Michael Bay (Transformers), and Marvel Comics.

Stephen’s first produced feature film, The Grudge, was produced by legendary director Sam Raimi (Evil Dead, Poltergeist). Costing under $10M, it grossed almost $200 million worldwide in its theatrical release and remains one of the most financially successful horror films of all time. Along with its sequel, The Grudge has generated an estimated half-billion dollars of revenue.

Four of Stephen’s films, The Grudge 1 & 2, The Possession, and Texas Chainsaw 3D, placed #1 at the U.S. box office. Two others, Red, starring Brian Cox, and High School, with Adrien Brody and Michael Chiklis, premiered at Sundance Film Festival. His recent film, Beyond The Reach, was developed and produced with Michael Douglas.

His directorial debut, Unfriended: Dark Web, was produced by horror maven Jason Blum (Get Out, The Purge, Insidious, Split, Paranormal Activity) premiered at the 2018 SXSW Film Festival and was a selection in The New York Times’ Standout Films list. 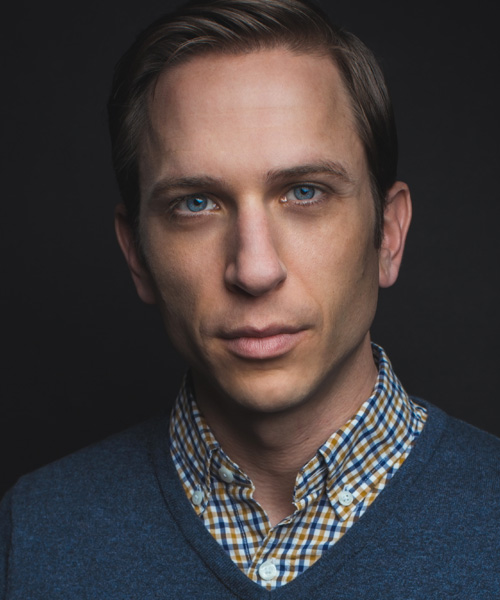 John Robert Armstrong is a professional actor, producer, director, and coach with over 18 years of experience in the world of entertainment. In addition, John is the co-founder and COO of Pigasus Pictures LLC, an Indiana-based independent film company recognized as “Cultural Visionaries in Film” by NUVO magazine for the work on their feature film The Good Catholic (starring Danny Glover and John C. McGinley). The second film from Pigasus, Ms. White Light, is set for release in 2019 and the company plans to produce 3 more films in Indiana before the end of 2019. 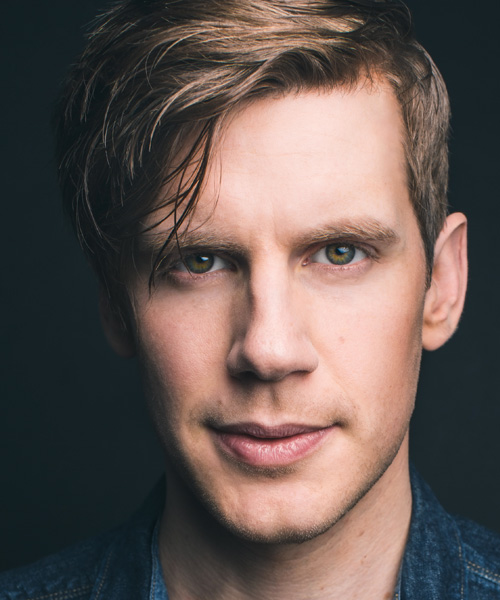 Zachary Spicer is an American actor, director, and producer from Greencastle, Ind. A graduate of Indiana University and the Circle in the Square Theatre School in NYC, Zachary has appeared on Broadway, Off-Broadway and in regional theaters across the country. His television credits include Master of None, Louie, Gotham, Blue Bloods, and Law & Order: SVU. He produced two feature films for Pigasus Pictures including The Good Catholic and Ms. White Light and will also be producing the upcoming Pigasus film “Bar Crawl”.

Zachary is the owner and founder of Pigasus Pictures LLC, the non-profit film collaborative Pigasus Horizons and recipient of the NUVO Cultural Visionary Award and the Panavision Spirit Award for Best Picture 2017 with The Good Catholic. 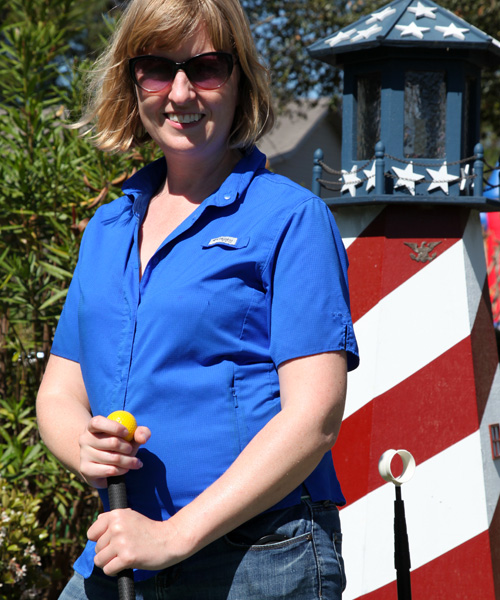 Amanda Kulkoski is an award-winning cinematographer, director, and producer who hails from Green Bay, Wisconsin.

Amanda got her start in the industry working for Wisconsin Public Broadcasting and covering college and professional sporting events for ABC Sports, FOX Sports and CBS Sports. In 2009, she joined the film faculty at the Savannah College of Art and Design as a cinematography professor and graduate coordinator.

Amanda’s passion for filmmaking revolves around camerawork and lighting design. Her work has since expanded to include feature documentary, narrative film, and television. Her credits include such films as Magic Mike XXL, Dirty Grandpa, and No God, No Master. Amanda recently made her directorial debut with Through the Windmill, a feature documentary exploring the world of miniature golf. She is currently screening the award-winning film at film festivals across the country. 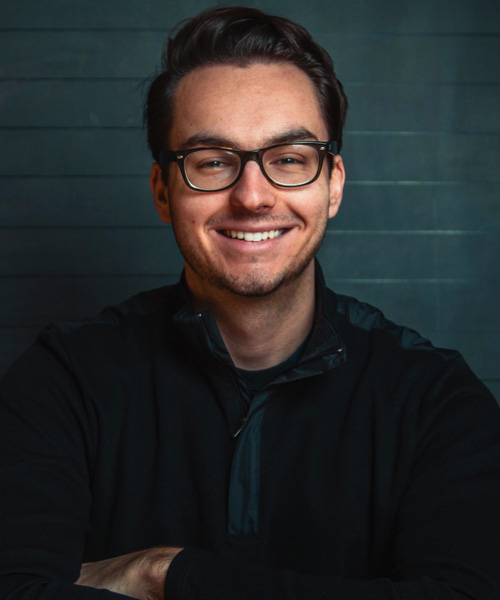 Sam Mirpoorian is an award-winning filmmaker originally from Indianapolis and based in the Midwest.

His first feature-length film, Under the Bridge: The Criminalization of Homelessness, a documentary on homelessness, was screened for the Department of Justice and the U.S. Department of Housing and Urban Development under the Obama administration. The nation’s first Homeless Bill of Rights at the city level was crafted due to inspiration sparked by the film.

Sam’s second film, Little Warriors, has been screened on PBS and has been played in film festivals across the country. The film took home Best Indiana Spotlight Film Award at the Academy Award®-qualifying Heartland Film Festival.