Join the Festival for Workshops, Talkbacks with these special guests! 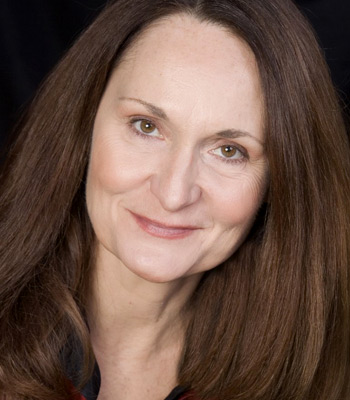 Beth Grant is one of Hollywood’s most recognizable faces and one of the world’s most versatile actresses, having starred or acted in over 70 films throughout her career, including Academy Award-nominated films Rain Man (1989), Little Miss Sunshine (2006), No Country for Old Men (2007), and Jackie (2016), along with multi-Academy Award-winning film, The Artist (2012).

Grant earned her BFA in acting and directing from East Carolina University, and has gone on to have one of the longest running and most successful acting careers in history. She has starred in over 30 plays in Los Angeles and New York, including Tennessee Williams’ Summer and Smoke (with Christopher Reeve) and Maya Angelou’s On a Southern Journey.

Grant currently has a supporting role as the character “Beverly Janoszewski” in the hit Hulu series The Mindy Project, alongside well-known comedians Mindy Kaling, Ike Barinholtz, and Ed Weeks. She has had roles in several feature films that will be released later in 2017, including the feature film Tenn (2016), directed by James Franco. Tenn will have its first-ever public screening this year at River Bend Film Festival.

Grant has earned both a Screen Actors Guild Award and a Film Independent Spirit Award. 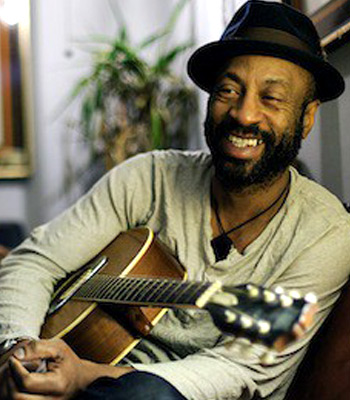 Binky Griptite is a songwriter, producer, vocalist, and guitarist best known as the guitarist and emcee for Sharon Jones and The Dap-Kings.

Binky plays soul and funk music as if it were a way of life. He has toured the world with a variety of bands, performed on platinum-selling albums with Janet Jackson, Amy Winehouse, and many others. He is currently a member of world-famous groups The Dap-Kings and Daptone SuperSoulRevue, and is currently working on a solo project to show the world what he can do on his own.

Binky will be at the screening of Miss Sharon Jones!, 7 p.m., Thursday, April 6 at the Goshen Theater, and the Listening Party, 4 p.m., Saturday, April 8 at Ignition Garage. 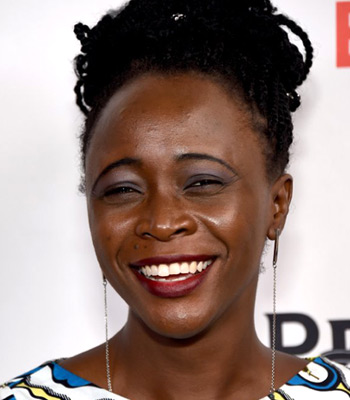 Leila Djansi is an American-Ghanian producer, director, and writer best known for writing and directing the award-winning drama Like Cotton Twines (2016) and writing the critically acclaimed screenplay, Subcity, which won Best Screenplay at FESPACO Film Festival in Burkina Faso in 2007. She also won the WorldFest Platinum Award for her film Grass Between My Lips in 2009 and took home a BAFTA / LA Choice Award for her film I Sing of a Well in 2011.

Djansi began her film education at the National Film and Television School in Ghana, and went on to continue her studies at the Savannah College of Art and Design. Today, she is the founder of Los Angeles-based production house Turning Point Pictures. Djansi is a triple threat, having produced, written, directed a number of award-winning feature films such as Where Children Play (2015), Ebbe (2012), and Sinking Sands (2011).

Leila is part of the Filmmakers Panel, 10 a.m., Friday, April 7 at Ignition Garage and is available for the Q&A session following the screening of Like Cotton Twines, 7:30 p.m., Friday at the Goshen Theater. 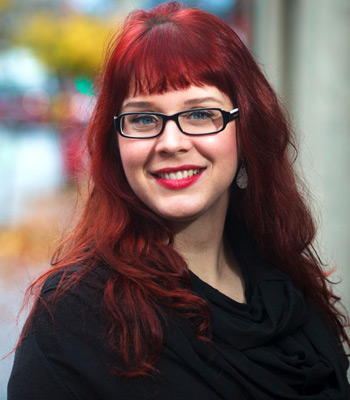 After graduating from Goshen College with a B.A. in visual art with a minor in theatre design, Sarah moved to Chicago and began working as a makeup artist and designer for the theatre company, The Right Brain Project. During her time in Chicago, Sarah produced, designed costumes, props, sets, makeup, and/or hair for over 30 shows across the metropolitan area.

In 2012, Sarah won an Leo Award for Best Makeup in the short film The Little Mermaid. Sarah has also worked as the Department Head for feature films such as the horror film Death Do Us Part and the fantasy film Charlotte’s Song, which won five Leo awards in 2016 including Best Makeup For a Feature Film. Sarah has assisted in many films including the mockumentary Leap 4 Your Life. She has also created robotic arms for the live-action trailer for the video game Deus Ex Mankind Divided.

On television, Sarah has worked in the makeup department for multiple science fiction and fantasy series including The CW’s iZombie, The Flash, Supernatural, and Supergirl, as well as Netflix’s Travelers, CBC’s Strange Empire and Hallmark’s When Calls the Heart. She created the ghoulish creature, Phears, for R.L Stein’s Mostly Ghostly 3: One Night in Doom House and the Orc-like creatures on Discovery Channel’s Spooksville.

Sarah currently resides in Vancouver, British Columbia and is permanent resident of Canada. She is a member of both the Canadian Film Union ACFC and a member of IATSE local 981. 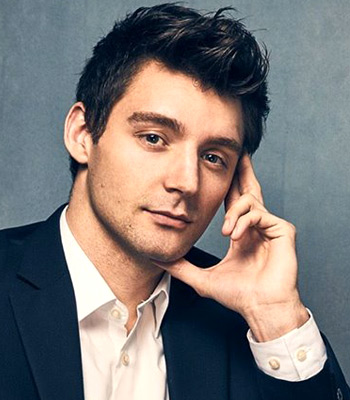 Manchester has won three Audience Awards in two consecutive years for his films In Vermillion, To Ride the River, and A Land Between. In 2012, he competed in the 5th Season of the Yobi.TV Film Talent search, beating out 108 other films for the Runner-Up Award. His film A Land Between received a Best Acting nomination at the 2014 International Broke Student Film Festival. Manchester was a finalist in HBO’s Project Greenlight for his short film, Melancholic, which then premiered on HBO in 2014.

Tre is available for a Q&A session after the screening of The Things We’ve Seen, 5:30 p.m., Saturday, April 8 at the Goshen Theater. 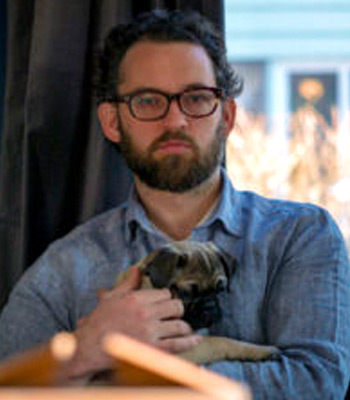 Wes Jones is a Goshen native who is now an NYC-based screenwriter best known for his role as a lead writer for the critically acclaimed Showtime series Billions, starring Emmy and Golden Globe Award-winning actors Paul Giamatti and Damian Lewis. Jones also wrote for the the HBO comedy series The Brink, starring Jack Black and Tim Robbins.

Jones has been active in the film industry since the early 2000s, acting as a crew member for the romantic comedy Kissing Jessica Stein (2001), starring Jennifer Westfeldt, Scott Cohen, Jon Hamm. He later worked alongside NYC-based filmmaker (and Goshen-native) Jim Strouse (New York, I Love You, People Places Things) as an associate producer for indie drama Grace Is Gone (2007), starring John Cusack. 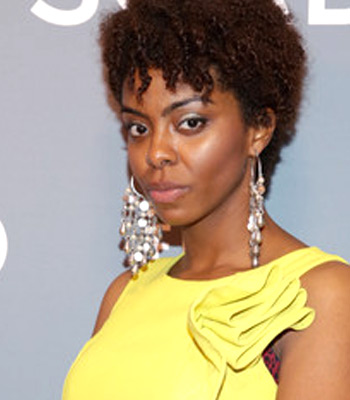 Whitney Valcin is an L.A.-based producer best known for producing the award-winning film Like Cotton Twines, winner of the Best Narrative Feature at Savannah Film Festival 2016, and a casting director who has worked on projects for Fox, Disney, BET, Tyler Perry Studios, and more. Valcin is a graduate of the Savannah College of Art and Design and is the founder of the project management firm The Elocen Group.

Valcin’s film credentials are expansive, having worked as a production assistant for the hit comedy series House of Payne (2011) and the films Madea’s Big Happy Family (2011) and A Madea Christmas (2011). She has worked in the casting department for the films The Firefly Girls (2016) and Where Children Play (2015), and for the Fox series Star (2016), starring Queen Latifah.

Whitney is part of the Filmmakers Panel, 10 a.m., Friday, April 7 at Ignition Garage, is available for the Q&A session following the screening of Like Cotton Twines, 7:30 p.m., Friday at the Goshen Theater, and presents the Casting for Film & Television Talkback, 11:30 a.m., Saturday, April 8 at Art House. 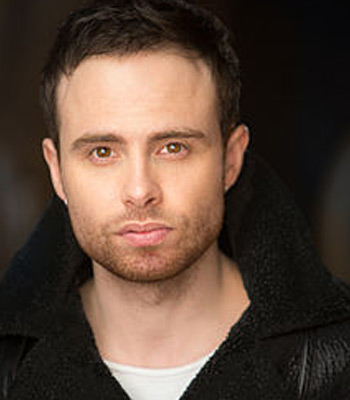 Jordon Hodges was born in Goshen and now lives in Los Angeles. He is a writer, producer, and actor best known for his role as Noah Daly in the award-winning feature film Sand Castles (2014), which screened at River Bend Film Festival 2016. Jordon’s current project, the feature film The Shade Shepard, is in pre-production and is slated to be filmed in the Goshen / Michiana area in the summer of 2017.

Jordon is part of the Filmmakers Panel, 10 a.m., Friday, April 7 at Ignition Garage. 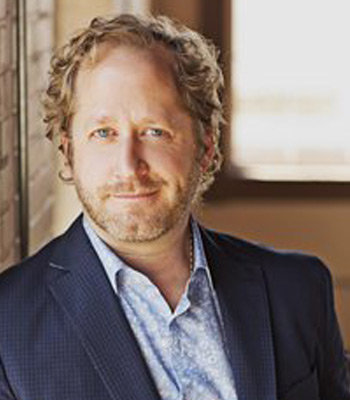 Jon Helmuth is a local entrepreneur and filmmaker. His first film, The Flying Dutchmen, features his cross-country motorcycle journey with his blinding friend who wants to see America one last time. The film won Best Documentary at River Bend Film Festival 2016. 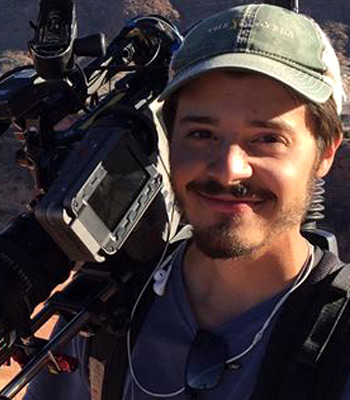 Travis LaBella is a director of photography based in Los Angeles. Originally from New York, he studied film at Northwestern University and was the recipient of the ASC Student Heritage Documentary Award for his film Language of the Unheard. The film won Best Student Documentary in the emerging filmmakers showcase at the American Pavillion at Cannes Film Festival in 2012.

Travis is part of the Filmmakers Panel, 10 a.m., Friday, April 7 at Ignition Garage. 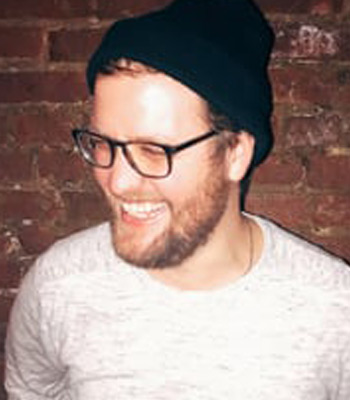 Brody Bernheisel, a Goshen native and Goshen High School graduate, recently directed Strand of Oaks’ music video for the song Cry from their recent album Hard Love, which is getting significant attention and play on Spin, Stereogum, Vox, YouTube, Yahoo Music, and more. He also directed the short film Honest Space, which is playing during the River Bend Film Festival Shorts Block.

Brody started his career producing in New York City for Sesame Street, and has since been producing, directing and creative directing for local, national, and international marketers. Top brands include GE, Priceline, IBM, Converse, Beats by Dre, CVS, and Johnson & Johnson.

He recently produced the short films Ticket Cop and Honorable Mike, which are currently in feature film development negotiations.

Brody is part of the Filmmakers Panel, 10 a.m., Friday, April 7 at Ignition Garage. 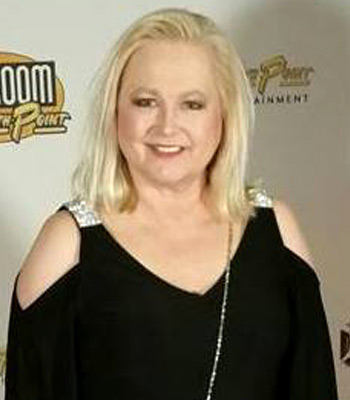 Sandy Rusk is the executive producer of the film Wig’d Out. The film is based off the true story of Olivia Rusk, Sandy’s daughter.

Sandy is available for a Q&A session after the screening of Wig’d Out, 5 p.m., Friday, April 7 at the Goshen Theater. 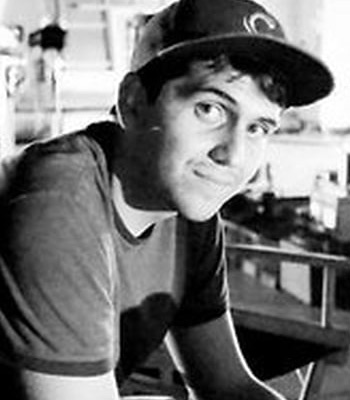 Matt Litwiller is a Goshen-native and Goshen High School graduate who is now a producer and director based in Los Angeles. His short documentary Language of the Unheard won Best Student Documentary in the emerging filmmakers showcase at the American Pavilion at Cannes Film Festival in 2012.

Matt is part of the Filmmakers Panel, 10 a.m., Friday, April 7 at Ignition Garage. 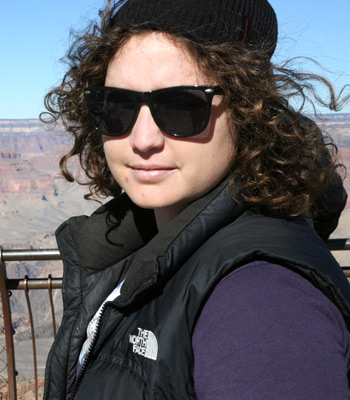 Jacqueline Reyno is a producer and director based in Los Angeles. She was the producer of the film Language of the Unheard, which was featured in American Cinematographer magazine. The film won Best Student Documentary in the emerging filmmakers showcase at the American Pavillion at Cannes Film Festival in 2012.

Jacqueline is part of the Filmmakers Panel, 10 a.m., Friday, April 7 at Ignition Garage.

Submit your entries for the 2023 Festival!