The River Bend Film Festival offers a script contest in low and high budget categories. Our script readers select the top three in each category then two professional screenwriters choose the winning scripts to be announced at the Festival Awards Ceremony.

Our judges are Stephen Susco (The Grudge 1 & 2, Texas Chainsaw 3d, Beyond The Reach) for the Studio category and Kate Chaplin (Ingenue) for the Independent category.

The top three scripts in each category are: 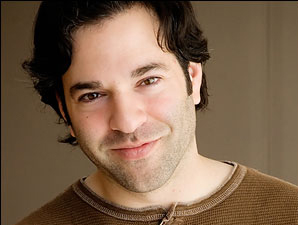 STEPHEN SUSCO
Over the past fourteen years, Stephen Susco has penned and sold over forty scripts and pitches to major Hollywood studios, and has written for a variety of acclaimed directors and producers. Stephen’s first film, The Grudge, was produced by legendary director Sam Raimi. He wrote the sequel the following year, and together the theatrical Grudge fi lms have generated an estimated half-billion dollars of revenue. Stephen wrote and co-produced Red (starring Brian Cox) which premiered at the 2008 Sundance Film festival, and was distributed theatrically by Magnolia Pictures. In 2010 he returned to Sundance to premiere High School (starring Michael Chiklis and Adrian Brody), a comedy he co-wrote and produced with director John Stalberg, Jr. Stephen reunited with Sam Raimi and Mandate Films to write The Freshman, and to co-write and co-produce The Dybbuk Box. Most recently Stephen has written Infantry and he is currently adapting a superhero comic series with director Brett Ratner (X-men 3), a sci- novel with director Chris Columbus (Harry Potter 1 & 2, Gremlins, Goonies) and a television series with director Gore Verbinski (Pirates of the Caribbean 1-3) and penning the screenplay of the newly released Michael Douglas thriller BEYOND THE REACH. 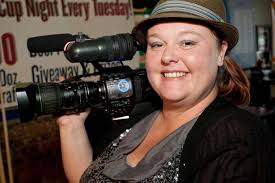 KATE CHAPLIN
Kate Chaplin is an award-winning filmmaker who has directed 13 projects and worked on projects for VH1, MTV, Discovery Channel and more. She has been called “The Queen of Indie Film” by the Indy Star. She is featured on directors list such as Her Film Project and Destri Martino’s The Director’s List. Her film Ingenue screened at last year’s River Bend Film Fest.
Submit your entries for the 2023 Festival!