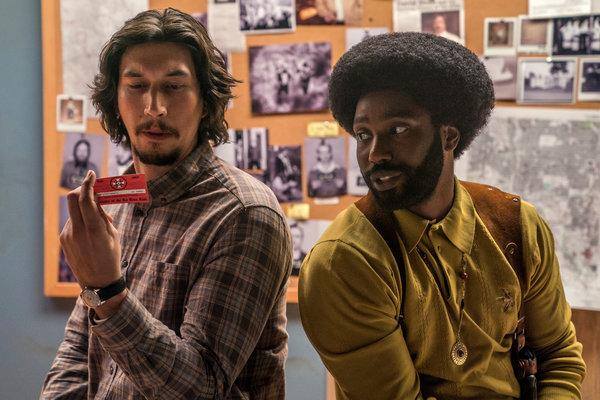 I recently had the extreme privilege of attending the SCAD Savannah Film Festival. This is the largest university-run film festival in the world. While I enjoyed getting to see films that I may not have otherwise seen, I also got the chance to hear filmmakers talk about their projects, which brings some additional insight into the films.

One film I saw that I highly recommend is Spike Lee’s 2018 film, The BlacKkKlansman. I was particularly excited to see this film because I had already scheduled it to screen at Art House, an independent movie theater in downtown Goshen.

This film is based on the true story of the first African-American detective to on the Colorado Springs Police Department, Ron Stallworth. The film depicts Stallworth’s undercover work to infiltrate the Ku Klux Klan.

John David Washington, the lead actor in the film and the son of actor Denzel Washington, was in attendance at the festival. While he is still considered an up-and-comer as far as the silver screen goes, he did have a small part as a young boy in Spike Lee’s Malcolm X. He also currently stars on the HBO series Ballers.

Washington was receiving an award at the festival, as well as participating in a Q&A after the film. In the Q&A, John said that the cast had some rehearsal time together at the beginning of the process. John said they did this because it was important to not only develop the characters but to work through the racially charged language and content in the narrative.

Mr. Washington was charming, funny, and passionate, particular in reference to the ensemble cast in this film. He spoke about the rehearsing they did as a team and how they worked together to deal with some of the more intense content of the film. He spoke of Spike Lee’s faith in the cast and his belief that, though they were all based on real characters, the actors needed to find their own voices as well.

The film itself wrecked me. It was terrifying and funny and tense. The story was set decades and decades ago, and yet the themes remain current. I was particularly moved by the ending of the film –– but I don’t want to be the one who spoils it for anyone! John, the lead actor himself, didn’t even know that that was how Spike was going to end the film.

I highly recommend seeing this film. I’m sure it will get at least a couple of Oscar nominations, as well as other accolades. It is available on Blu-ray and digital formats now.

Find more information about the screenings can be found here.