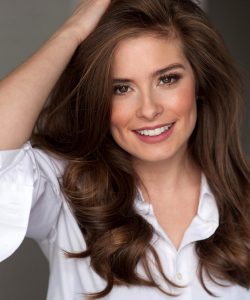 GOSHEN, IND. –– This week, River Bend Film Festival, a three-day international film festival celebrating the art of independent filmmaking based in Goshen, Ind., released its full lineup for the 2018 festival. From May 3 through 5, film lovers and filmmakers from around the nation and world will gather in downtown Goshen to enjoy independent films, learn from industry leaders, mingle with Academy Award®-winning special guests, and explore vibrant downtown Goshen.

This year, the festival will include over 50 short films, four full-length feature films, three talk backs with industry professionals, and a variety of both public and VIP parties and special events. Festival highlights include a screening of the Academy Award®-winning short film, The Silent Child, followed by a Q&A session with director Chris Overton and actress and screenwriter Rachel Shenton; a talk back session with screenwriter Stephen Susco (The Grudge, Texas Chainsaw 3D); and a screening of The Good Catholic (Danny Glover, John C. McGinley) followed by a Q&A with producer John Armstrong and actor/producer Zachary Spicer. The full lineup is now available online at riverbendfilmfest.com. 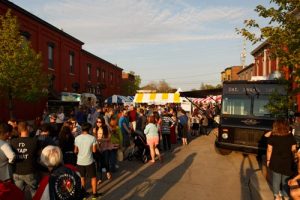 The best way to make sure you’re front and center at River Bend Film Festival films and events is to purchase your tickets online ahead of time. Tickets start at $12 for a single block ticket and range from $22 to $45 for day passes, $92 for weekend passes, and $180 for VIP passes, which grant entry to private parties and events with filmmakers and special guests.

“RBFF has been gaining industry respect and a reputation for being a top-caliber festival in the nation,” said festival co-director Gina Leichty. “In 2017, the fest was named in the 100 top-reviewed film festivals (out of more than 6400) on FilmFreeway! Of the many successful creative initiatives in our community, this event stands apart in terms of the quality and caliber of talent that we’re able to attract to our community. We encourage residents and visitors to take this opportunity to meet industry experts and view a series of spectacular films.”

Downtown Goshen, Inc. exists to support the growth and vibrancy of Goshen’s commercial core. With monthly festivals and themed events free to the public, there’s plenty of opportunity for people to discover the ingenious things Goshen community has to offer.